Against Pakistan, David Warner finally gets his redemption

As Steve Smith rebuilt his reputation with an otherworldly performance in the 2019 Ashes, it was impossible to ignore the contrast between him and David Warner.

The disgraced duo, along with Cameron Bancroft, made their return to the Test arena following bans for their part in the 2018 ball-tampering scandal that rocked Australian cricket in the pressure cooker of an Ashes series in England.

While Smith was rightfully the recipient of widespread adoration as all of England and the rest of the cricketing world pondered the question “how do you get Steve Smith out?”, Warner remained the pantomime villain and was unable to silence the jeers as he endured a miserable series.

Only twice did Warner go beyond single figures, with his highest score a 61 in the Headingley Test. His contribution to that incredible match long forgotten by the time Ben Stokes struck the four that completed one of the greatest fightbacks and most remarkable innings in Test history.

The redemption Smith enjoyed as he carried Australia in a series that saw it retain the urn was not forthcoming for Warner. He was excellent in the World Cup and finished as the second-highest run scorer but was unfortunate to achieve that feat in a tournament where Australia was emphatically beaten by an England side that prevailed in a final considered among the best games of all time.

David Warner had a lukewarm showing at the Ashes in England.   –  Getty Images

Yet any Australian still bearing a grudge over Warner’s indiscretions in South Africa must now surely grant him his absolution after an innings for the ages in the second Test with Pakistan.

Those inside the Adelaide Oval may have expected to see Australia pile on the runs. It was a fair assumption, given it closed day one on 302-1 with Warner on 166 and Marnus Labuschagne on 126.

However, few may have anticipated Warner etching his name into the history books and overtaking Don Bradman, the man many consider to be the best to play the game, with the highest ever score at the famous old ground.

It may have come against a youthful Pakistan side able to harness much on a pitch offering little for the bowlers, but the exuberance and variety with which he attacked the challenge of becoming the seventh Australian to score 300 provided a wonderful encapsulation of his qualities as a batsman.

He was extremely fortunate to earn a reprieve as he slashed to gully from a Muhammad Musa no-ball on 234, but this was Warner at his free-flowing and aggressive best, and he celebrated reaching 200 and then 300 in typical fashion, bounding into the air with reckless abandon. 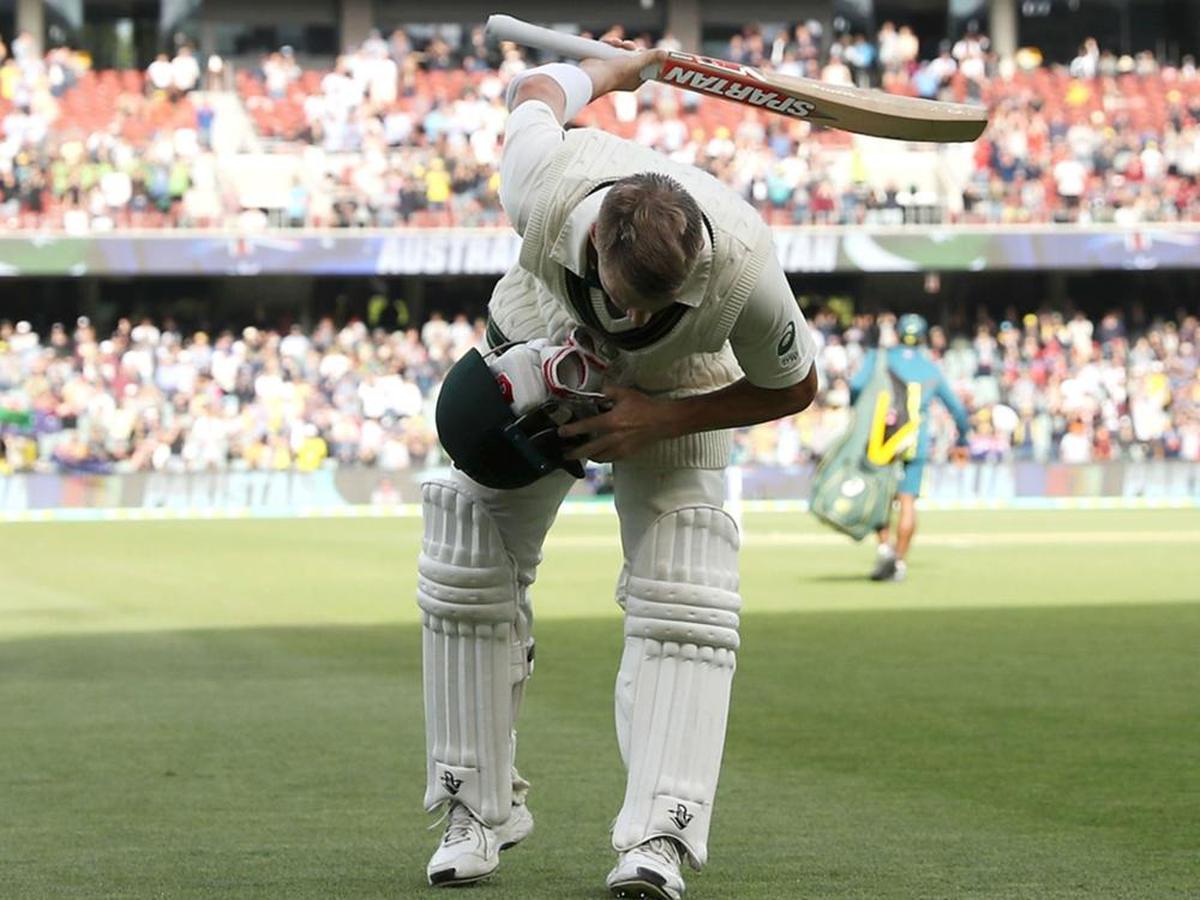 David Warner bows to the crowd after his 335 against Pakistan.   –  Getty Images

Warner racked up 39 fours and a singular six but he surpassed 334, the highest Test score of the legendary Bradman – one equalled by Mark Taylor against the same opposition in 1998 – in more sedate fashion, with a drive to sweeper cover for a single.

Taylor rose to applaud the achievement and captain Tim Paine promptly called for a declaration with Australia 589-3. Warner, perhaps recognising the magnitude of the occasion, left the field and bowed as he took in the acclaim of the Adelaide crowd.

There will be debate over whether Paine was right to declare with Warner in incredible form and well set to challenge Brian Lara’s world-record sscore of 400. The skipper’s call was vindicated in terms of the match situation, as Pakistan duly crumbled to 96-6.

Paine’s decision and its merits are immaterial, though. Only Matthew Hayden stands above Warner on the list of highest individual scores by an Australian and, 20 months on from his lowest ebb, he can finally bask in his moment of redemption.

Learn how to golf, even inside your New York City apartment